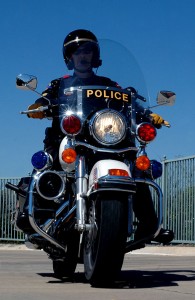 This post used to say “5 Things DUI Cops Won’t Tell You”, however, new trends and created new issue in the field of DUI law.  Despite law enforcement’s efforts to curb impaired driving, trends related to drug-influenced driving (“drugged driving”) have sprouted in the last four years.  This has influenced the ways in which DUI officers have investigated their cases.

It’s sometimes hard to grasp how complex DUI (“Driving Under the Influence”) arrests can get. Most people don’t really know what it feels like to be at or above .08%. So it’s no wonder why most of my clients are mystified as to why they were pulled over, why the officer believed they were impaired, and how on earth they blew above .08% on the Breathalyzer.

Behind all the mysticism, however, there are some widely held beliefs about DUI investigations that simply catch everyone off-guard and dig themselves into deeper holes when dealing with DUI officers. Here are the top six things they won’t tell you:

1.  “I only pulled you over for a traffic ticket…but now let’s see if you’ve been drinking.”

No matter what you believe, the police academy does not train officers to read your mind. So when they pull you over, it’s not because you did something that gave you away. They almost never do it because they have the legal right to investigate whether or not you’re impaired. Even though that may be what they believe (probably because it’s late and you’re driving out of a well-known commercial district known for dining and drinking), but frankly they just don’t know.

By far, almost every DUI police report references a normal traffic offense as the reason for pulling over the driver (i.e., weaving between lanes, failure to use a turn signal, speeding, failure to make a full and complete stop, expired registration tags, etc.). Notice none of those are for “suspicion of driving while impaired by alcohol or drugs”.  They are free to suspect that’s the reason, but it’s more often the case that another violation is the doorway into their investigation.

There are a lot of reasons why that’s the case. If officers were to pull over more individuals because they suspected impaired driving, they would be torn apart in court by DUI lawyers who will question every objective observation the officer noted in pulling over the suspect. Not only that, there would be substantially more false-positives with DUI enforcement. Instead, it’s much easier to explain to the court or to the jury that the officer had no preconceived notions of the driver, only that they were driving too fast and it all started out as a simple traffic violation.

Therefore, their credibility is still intact. But follow someone for a long enough time and they are bound to commit a simple traffic offense. They won’t tell you that once they pull you over, they’re eager to find out of you’ve been drinking.  Consider the time you are driving as being the biggest giveaway.

2. “I’m doing everything I can to smell your breath and look at your eyes.”

After you read over a thousand DUI police reports, it starts to look like the same report. The reason why? Because DUI patrol officers have done it over and over again—and they simply look for the stuff they’ve seen time and time again.

The moment the officer approaches the driver, it reads like a screenplay:

That whole time the officer was going through the motions (presumably for a legitimate traffic violation), they were doing everything they could to see if your eyes were bloodshot or if they can get any hint of ethanol emitting from your breath. Once that’s done, the DUI game is on.

3. “You Will Fail the Field Sobriety Test”

Stand on one leg…hands stretched out to your sides…touch your nose…follow my finger…and so on. You’ve seen or heard of these tests in some way. One question: Do you know what you’re being tested on? It’s like taking a test in school and the teacher doesn’t tell you what it will take to get a good grade or a bad grade. It’s funny how many of us never think about that.

Well the sad truth is that many (if not all) DUI clients tell me that when it came time to do the field sobriety tests, they “passed” or they “did pretty good”. I always ask them, “How do you know?” The usual answer is that they remember the officer’s reaction to each test and simply internalized how they think they did.

By the time I get my hands on the police report, the officer marks them down for everything. You know what I’ve never seen in a report? “Mrs. Suspect performed pretty good on the field sobriety tests. After she was done, I decided not to give her a chemical test to determine her blood alcohol level.”

4. “I will not tell you that fear and nervousness will hurt your performance.”

It’s true. Here’s a quick example: Do you think you’re a good dancer? Good. I actually believe you. But what if everyone on the dance floor would suddenly stop dancing and surround you to watch you? Now it’s a different story. Some relish the attention and do even better. Many will stumble under the intimidating pressure.

Police know very well that their very presence makes you nervous. And the whole time you’re standing on one leg like a clown, over half of your attention is focused on what they’re thinking about you. This obviously would make you appear to be more impaired than you may actually be. If you’re only slightly impaired, you may now look very impaired. If you’re not impaired at all, you may have unknowingly passed the threshold of “exhibiting objective signs of motor impairment.” At that point, the officer is looking at their watch until they ask you those famous words…

5. “If you’re taking the wrong medicine, you could be toast.”

The question will appear very innocent: “Are you taking any medication?”  Seems simple enough.  The question is a valid one after all.  If you take medication for seizures, the officer needs to know that because you will have to perform those field sobriety tests.  Or maybe it’s pain medication for the leg pain you have–which of course will effect your performance since you have an injury.  But what about those other medications?  Surely that won’t be used against you after you are charged with DUI, will it?

Yes, it will.  The combination of certain medications with alcohol could have magnifying effects on your ability to operate a motor vehicle.  Sometimes the medication alone will be enough to impair someone if too much was taken or if there was a stronger-than-expected effect.  Therefore, what you say will determine whether or not the officer believes you are DUI for alcohol, or DUI for alcohol and drugs!

6. “Blood test or Breath test… PS: I will NOT tell you which is better for you.”

Yes it’s true. After doing the math and looking at hundreds of cases, it’s sometimes better to do the breath test. Other times, it’s better to do the blood test. You can write a book on how and why one is “better” than the other depending on the circumstances. But based on those circumstances, the officer is under no obligation to tell you which of those tests would work out favorably for you at that particular moment.

The problem gets worse when clients ask the officer which of two tests they should take.

The most common DUI cop response is: “If you take the Breathalyzer, the results are what they are and that’s it. If you do the blood test, you can keep it as evidence and your lawyer can retest it after you go to court.” That information however, doesn’t really help you at all.

There have been countless instances where I wish the client did the breath test—and I can say the same exact thing for cases where the client should have taken the blood test. By the time they meet with me in my office, I will know whether they made the right choice. And even if they made the wrong choice, there are still several lawyer tools we will have at our disposal to make a difference.

Of all public service announcements that have caught people’s attention the last few years, DUI arrests and local enforcement is up there. Police agencies are stepping up their efforts and they have every incentive to do so. So it pays to know what kinds of pitfalls lay in wait for those of us who never would have expected to be on the side of the road trying to touch our noses.

One article may not provide you with all the answers. But you can at least be aware from now on that you could be making things worse if you don’t pay attention to some of the points mentioned above. 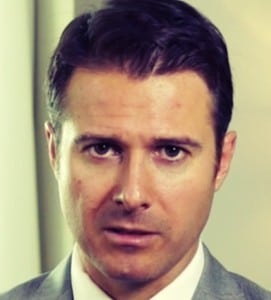 About the Author: Bart Kaspero is a criminal defense and civil rights attorney in Newport Beach, California. His practice caters to many professionals who face DUI’s, Drug charges, and other criminal investigations that require careful attention as well as litigation strategies to maneuver through the courtroom. He is a member of the National College of DUI Defense, Top 1% National Association of Distinguished Counsel, The National Trial Lawyers Top 100, and has earned the designation of “Rising Star” by Super Lawyers magazine from 2009 to 2016.

Disclaimer: this article and any other information provided through this website is for informational purposes only and shall not be construed as “legal advice”.  Each case is individual in nature and a careful assessment of someone’s particular set of facts must be evaluated prior to acting on a sound legal strategy.  For more information related to your own personal circumstances, you are encouraged to speak with a licensed attorney.