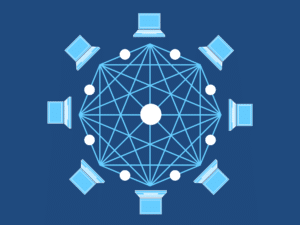 Although a new and lightning-fast evolving subject, blockchain and cryptocurrency issues have broken records in making it into the regulatory arena. What’s most unfortunate is that the technology itself has not been the culprit in wrongdoing, but that those who have misused it for financial gain.  We predict this pattern will continue until the ecosystem will mature and have more balance systems embedded over time.

Understanding the law of blockchain and cryptocurrency begins with appreciating the complexity behind this important evolution in programming. Having worked with blockchain firms, it’s essential to see where the legal hurdles exist even though the regulatory landscape is not distinctly marked.

Virtual currencies are defined as digital representations of value or unit of account that are exchangeable but without legal tender. Virtual currencies can also be further defined as convertible value to real currency. Currently, the most common form of cryptocurrency utilizes alpha-numeric public keys (or addresses) to represent individual holdings based on anonymous or pseudonymous ownership, and stores transactions/holdings on a distributed ledger. At the time of this writing, virtual currencies have been loosely categorized as commodities under US law. 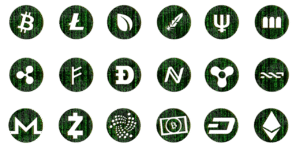 Clients who are active in blockchain platform technology must understand that traditional legal duties exist for developers and stakeholders who offer services within this industry. Issues such as data stewardship, legal compliance, warranty and industrial liability, as well as basic contractual duties all remain despite the novelty of blockchain and cryptocurrency.

For clients who wish to aim their platforms towards tokenization and digital assets, an entirely well thought out perspective is needed before scalability makes it difficult to make changes. The formal filings that come with ICO’s bear possibly more scrutiny than most any other securities and commodities related business. Therefore, the overall business structure and unique platform position should be evaluated for legal and regulatory investigations.

Despite the popularity in the term “ICO”, many who operate within the highest standards of the industry are not fans of the term.  This battle over what it should be called has turned into TGE’s and TAO’s and will soon spring new alphabet soup shorthand.

The biggest decision (beyond what kind of business model the development team is trying to achieve) is that of jurisdiction.  This means ultimately what country the business will be forming under.  The reasons for why one country is favored over another is up for debate, but the most important distinction lies in how the token will be utilized and how issuers will structure the monetization of the cryptocurrency with token holders.  There are top country choices that get a lot of attention but few know the real differences–since tax implications and securities regulations have not fully hit the companies that have sprung up since mid to late 2017.

Be it airdrops or SAFT agreements, the formation of how tokens are dispersed and the rules by which they can be transferred or monetized are only one aspect of compliant ICO governance.  For companies based overseas, with mostly or entirely foreign investment, the marketing of white papers and the limitations on who can purchase or hold token securities will differ.  This will trace back to the original intent of jurisdiction choice and what the ultimate goals are for the ICO.  Blockchain and cryptocurrency law, therefore, dictates far more than securities and technology statutes.  Namely, anti-money laundering and know-your-customer (KYC) compliance is inherently married to these other issues.

With the speed and evolution of blockchain and cryptocurrency laws, it’s no wonder that various businesses carve out niches within niches in the industry.  This brings about many new issues for anyone who looks for branding, IP protection, and limited liability.  Many startup companies have well-defined business goals but do not appreciate the complexity of license and compliance procedures because of their unique nature.  Analyzing how the companies complex existence fits within sometimes archaic laws is critical and needs very diligent research.