Bart Kaspero Law > DUI  > Is it Child Abuse to get a DUI with Kids in the Car?
0 Comments 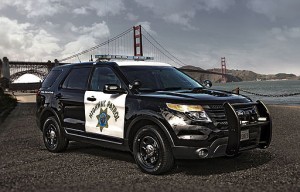 Consider the following scenario: You’ve had a wonderful family dinner at a mutual friends house with your children and spouse. You may have drunk some wine but nothing excessive. On your way home, you are pulled over and arrested for DUI. By the time you are booked into jail, however, you discover you are also being charged with child abuse.

Many are shocked to discovery that getting arrested for a DUI can create even a deeper hole if there happened to be kids in the car while they were driving. So some clients ask how that can be? Others want to know what the mechanics of the charge are so they can explore their defenses. The following are some important things to consider when someone has been charged for child abuse because of a DUI with kids in the car.

How can it be Child Abuse if there is no injury to child?

The answer to this is a term of art in the legal field: “endangerment”. In California, a person can be charged with child endangerment if “while having care or custody of a child, they willfully caused or permitted the child to be placed in a situation where the they or their health was endangered.”

In the context of a DUI arrest, one can see that being under the influence of alcohol or drugs could potentially endanger a child given the inherent risks.

What if the driver did not feel the effects of alcohol?

This issue becomes central to the defense of a DUI. A responsible mother or father would never willfully place their child in a dangerous situation. But if the perfect storm of getting pulled over, asked if you “had anything to drink”, and failed to perform your field sobriety tests in a way that was agreeable to the officer—you have not one but two charges to deal with.

Experience has taught me that fighting these two combination charges requires care and carefully attacking the issues that each one of the offenses brings into the case.

What do you do if you were arrested for DUI and Child Abuse?

It goes without saying you need a lawyer. You will need to fight the evidence against you on almost three fronts: the DUI, the Child Abuse, and emotional turmoil that comes with having to defense yourself when you never intended to hurt anyway; especially your own kids.