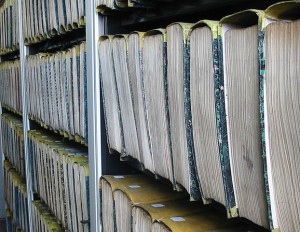 Criminal Charges On Your Record

The real consequences that come with having criminal charges on your record are very misunderstood. What most believe about their criminal record is motivated by their fear of the unknown.

Like credit reports, we have no idea how much our lives will be effected by the decisions we have made or the challenges we have faced—and we may never get the chance to explain ourselves to the people that may be judging us for it.

Information technology has changed everyone’s lives and it will continue to do so. Knowing who can access your criminal files and how it’s done is critical to navigating your personal and professional life.

This article describes some of the things you should know about having criminal charges on your record.

Will Everyone Be Able to See the Criminal Charges on Your Record?

Before discussing who has access to your criminal records, it would help to first define what kind of record you are talking about.

There are three main types of records that hold criminal information: the official DOJ (“Department of Justice”) file (aka: your “RAP” sheet), the court docket, and your unofficial “internet record”.

The RAP sheet: is like your credit report for any arrests or convictions you faced in the past. It’s covered mostly by the State you live in but will also include arrests from other states. Although it’s not the most accurate, it is considered the most official because it is comprehensive and should reflect all past arrests and convictions from every jurisdiction you were ever involved in.

Very few people will ever have access to your RAP sheet. Because of the comprehensive nature of the document, several agencies and individuals are authorized to obtain the RAP through official DOJ channels. This usually includes: prosecution agencies, law enforcement, government employers, and state licensing agencies/boards. Private employers will usually not be able to see the criminal charges on your record when it comes to your RAP sheet.

Court Docket: is basically the court file for one particular case. All official actions taken by the attorneys in the case as well as the judge’s order are recorded on this record. In sum, it is the most official court record for the specific case you are dealing with. 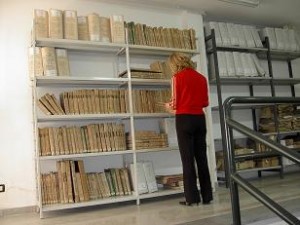 When discussing your record, this is only a small piece of the puzzle. But employers will hire special firms to obtain the records included in the court docket to find out more about your criminal record. There are many ways this can be done and there is by no means one single comprehensive way. In many cases, the docket must be searched and obtained in person by someone who is familiar with that particular court system’s records.

Internet Record: there are some companies that offer services by providing information to third parties about some of the details in your court dockets and other semi-official reporting agencies of arrests or convictions. The problem with some services is that they are not always up-to-date and sometimes inaccurate. With the advent of the Internet, this is become almost a “record” in itself—and probably what most people fear.

With that in mind, the criminal charges on your record may be reflected in any one of these systems. So it’s important to keep in mind which one you are talking about before you begin pondering who can access that record.

Can You Erase the Criminal Charges On Your Record?

Just like the question posed above, this depends on what record you are talking about.

When it comes to your RAP sheet, this becomes a complicated issue. Using the analogy of a credit report, our common knowledge tells us that late payments, charge-offs, bankruptcies, and other hurtful information gets washed-off or can be corrected over time. In a similar manner, prior convictions that have been expunged or dismissed will need to be reflected accurately. If the case is still active, your best chance of anything close to “erasing” is now. If the case is in the probation stage or has already expired, something can be done to dismiss the charges through a petition known as an expungement. When hiring a lawyer to clear your record, this is the ultimate goal you are after. But the way to get there is through the court docket.

Court dockets are maintained as the most official records of any particular criminal charge on your record. But as it was stated above, the docket is only one piece of your official record. To use the word “erase” when discussing the court record would be very misguided. In some instances, courts will routinely purge documents that have aged or no longer qualify as worthy of retention. In such cases, that is the closest to erasing one can get. Which is why it helps to expunge one’s record as soon as possible to qualify for these purges.

As an alternative to erasing, there is the more accurate term of “fixing” the court record. This would include: reducing charges from felony to misdemeanor charges, converting misdemeanor convictions to dismissals, and terminating probation early. Depending on the kind of charge you are dealing with and what stage the case is in, one’s options will vary. 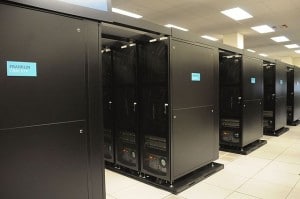 A person’s Internet criminal record is almost an entirely different conversation and worthy of its own article. Some companies offer individuals the opportunity to be removed from their index for a fee. These fees vary depending on the metropolitan area you are based out of and the extent you arrest has been made public. Each company will have different guidelines and some are more responsive than others. You are encouraged to contact us so that we can do the work for you.

Keep in mind, however, that this may be an ongoing issue since since new records companies may emerge without notice.  Their technology could be automated with little oversight which means you must keep an eye out periodically to make sure your name is in the clear.

What You Should Do About Criminal Charges On Your Record?

Being proactive is the best course of action and it should not be taken lightly. The criminal charges on your record are in some ways more sensitive than your credit report because it carries the unshakeable stigma of being judged by those who have never met you.

Everyone has been faced with a time in their life where they were less than perfect. But no one should have to bear the burden of having to explain themselves over and over again for a very brief moment in a rich and colorful life of accomplishments and promise.

To take the next step in correcting, fixing, or clearing your criminal record, feel free to contact our office.

Sometimes, taking the smallest step in the right direction becomes the biggest decision we have ever made.