What Is a Criminal Record? 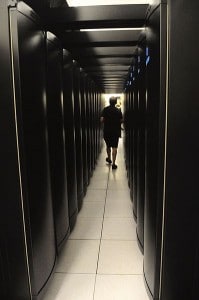 What Exactly is a Criminal Record?

Although people often hear of the ways in which a criminal record can hinder their lives should they get one, the concept of a “criminal record” often remains a bit hazy and mysterious to many. However, the presence of a criminal record can present a vast array of difficulties in a person’s life. Whether someone is trying to secure a loan, apply for security clearance or interview for a corporate job, it is relatively common for companies—and even private citizens—to check someone’s criminal record. For many of us, it is a virtual guarantee that our past will be checked by someone.

Unfortunately, many people are woefully unaware of what types of crimes are considered worthy of being placed on a criminal record, let alone how long they will remain there, or what the record even looks like.

When someone is arrested or even charged with a misdemeanor, this information is immediately disseminated to the appropriate databases within law enforcement and the court system. It’s possible that one small mistake can digitally make its way through several systems, wreaking future havoc for the person who has been arrested. Although first-time felonies and misdemeanors sometimes can be expunged, it is not a certainty that they will be. Also, criminal record policies can vary widely from state to state. For instance, a criminal record may be expunged in the state of California, allowing others to see that an arrest did occur, but not necessarily the details of the crime. The kind of inquiry into a person’s past will determine how far they will get.

Once an arrest is in the system, it can be extremely difficult to have it completely removed from the public record if you don’t know the intricacies. Multiple agencies can become involved, and many of them will keep their own records regarding the event. Background check companies and other information businesses routinely develop technology to fill their databases with more and more criminal records. Courthouses are particularly notorious for holding onto information for a long time, as they are often backed up with paperwork and don’t necessarily prioritize an expungement. Nor is it their job to tell the world your case is closed, dismissed, or sealed.

From the time someone is arrested until the time they are convicted, chances are that several organizations will note the individual’s record. With modern digital records now marketed by several websites, this information can spin out and be sold and marketed on several sites. The problem is that the records may not be accurate; even after something has been expunged, chances are that it will remain online in some capacity unless you know how to proactively remove this information.

As stated previously, a criminal record even has the capability of following someone to another country. It’s unfortunate, but as it turns out for many unsuspecting people, the expungement is only the first step.

Just like the different systems in each U.S. state, each country handles criminal record policies differently, so it’s crucial for someone to understand the rules in any country they may be visiting. For instance, someone may believe that their criminal record has been expunged in the United States, but they may experience trouble entering Canada. Once a criminal record has been established, it is difficult to ascertain whether or not its contents have been completely removed from the public record or what legal status it holds. Particularly when several agencies and courthouses are involved with a specific crime, the odds become longer that a criminal record will completely disappear.

In the U.S., most police agencies keep their own databases for simple administrative reasons. For instance, the state police maintain different records than local police agencies. The FBI, of course, also keeps track of criminal records. The United States takes a very serious stance on sex offenders, which is why their crimes are made readily available online for the public to see—essentially a very very public criminal record.

So Are Criminal Records Permanent?

In our digital age and storehouses of information, for those who never bother to update or clear past offenses will most likely face the reality that it will remain on their criminal record for the rest of their lives.

Also, even if such a record were to be expunged, it is more than likely that background check companies will access past records and disclose the information to employers, investigators, landlords, or anyone else interested in learning about someone.

What You Should Do About Your Criminal Record 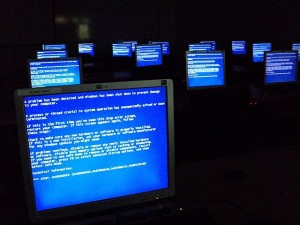 In order to have a criminal record sealed or expunged, many people will spend a great deal of money on legal counsel because they believe it is the end of the road. Attorneys that are not experienced in this area will call it a day once it’s done. This can be particularly frustrating for those who have picked up a criminal record and have a lot more to lose than any ordinary citizen.

The best course is to consult with an experienced criminal records attorney that will help you navigate the complex world of data and provide you with a customized approach.

Many industries have different disclosure rules and professions that require special licenses are treated very differently than jobs.

Where you stand in terms of employment is also important. Someone who is about to get a promotion sits in a slightly different position that one who is actively searching for a new job. Some clients find themselves in shock when a company they have worked for over ten years suddenly implements background checks in order to comply with new polices or agendas. Therefore, there are many reasons to actively begin clearing your past regardless of where you stand at the moment.

A criminal record should not stop you from pursuing the life you desire.  A person’s past should remain there despite people’s curiosity getting the better of them.  In a world where privacy is an ever shrinking concept, a criminal record ranks highest among most unwanted disclosures.

To find out more about your options, we invite you to contact us directly to see what can be done. Or you can provide some basic information on our contact form and we can reach out to you.

Take the first step in discovering your options to clearing your criminal record.  Provide us with some information about your case and what you would like to see accomplished.  We would love the opportunity to help you.

IF YOU GOT TROUBLE WITH THE LAW, YOU NEED TO SEE MR. KASPERO. WITH HIS EXPERIENCES, INVESTIGATION TEAM, LEGAL STRATEGIES, NEGOTIATION SKILLS… MAKE MY CASE DISMISSED BEFORE IT GO TO TRIAL. I HIGHLY RECOMMEND HIM.

Just recommended my cousin to him and still recommend other people. People make mistakes, everyone should have a second chance. Bart gave it to me. Thanks man.

Having recently experienced a traumatic legal experience, I had little knowledge of what the next steps would be to solve my legal trouble. Thankfully a friend informed me that Bark Kaspero was the person to turn to for my particular situation. Once I met Bart, I knew that he was the attorney for me. Throughout the whole process Bart was very professional and extremely well prepared for all the phases of my case. I was thoroughly impressed that he went above and beyond the call of duty to provide excellent legal assistance. What seemed like an uphill battle finally came to a good ending with a victory in court. I can say confidently that Bart truly cares for his clients and their particular needs. There are few lawyers that will provide the level of service that Bart provides and I highly recommend him for anyone facing legal troubles.