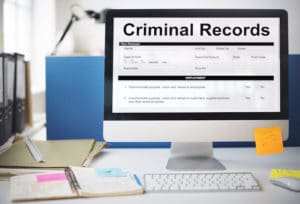 Criminal Record: “A stored or recorded event, such as arrest, criminal charge or conviction, that once created is maintained for the purposes of future use by governmental or private entities.”

Before embarking on the task of defining what exactly a criminal record is, it’s probably more important to first identify what a “record” of anything is. After all, since the advent of technology, there are many disciplinary-dependent definitions of records.

So when dealing with criminal events, these can take the form of many instances in time or procedure: arrest, detention, investigation, booking, processing, filing of charges, court docket history, convictions, sealing, or any modification of any of these or similar events.

The point is that any moment or recording of a criminal case can (and often does) be considered a type of criminal record. Thus, there is no one kind…there are many types of criminal records. And they are never found in one place.

As mentioned above, an event where someone is detained or taken to a police station for booking leaves all kinds of records within the police agency involved and the jailing system of that particular jurisdiction. This distinction is important in the context of criminal records however. Because some city police departments manage their own jail for designated offenses while other police agencies must process their arrestees at a local county or multi-jurisdictional facility (“county jail”).

Does an Arrest leave a Criminal Record?

In short, yes. The moment a person is processed and booked into a local police station or county jail, an official recording is lodged into that agency and becomes a public record in most states.

For some individuals, where the arrest is not filed with the local District Attorney’s office for charge considerations, a record of detention is instead recorded and the decision to do so is reflected as a detention only for purposes of criminal identification within the department of justice for that particular state. When dealing with access to criminal records, this distinction makes all the difference when the issue of professional licensing and security clearance screening is in play.

It’s important to know that for arrests that do not result is formal charges in court, several (sometimes over dozens) private entities that gather arrest information will have already compiled and stored the identifying information for future uses by data collection companies which often fall into the hands of background check companies.

Some individuals possess a false sense of security in believing that since they never faced charges in court for their arrest that the event will not be discovered or used against them at a future time. To some employers, having been arrested alone is a red flag in an already competitive marketplace for jobs. The methods some companies use to obtain arrest record information vary from industry to industry. But in a world of data crawlers and instantaneous access to information storehouses, sources that provide criminal arrest records can blur and the end result can be devastating to a reputation that took years to build.  To read more about how an arrest ends up appearing on a background check, click here: Arrest on a Background Check.

After the arresting agency has forwarded the requisite police report and recommendation for filing to the prosecutor’s office (most often called the Office of the District Attorney, “DA”), an official filing of criminal charges will begin. This criminal record will have a much greater impact and reach on an individual’s life given that the charge will come in the form of an official court document.

Much like a marriage or business license, a filing of criminal charges will be subject to public search by anyone with access to the courthouse or its corresponding filing database. Because of this, the scope of a person’s criminal record will be accessible, retrievable, and reportable in many contexts. Law enforcement agencies and investigators will not be the only ones who can swiftly process a name search (sometimes referred to as an “index search”). Now, vast networks of data collectors and independent contractors can and will scan thousands of data entries daily for the purpose of fulfilling countless inquiries by employers, landlords, investigation agencies, and even third parties such as potential love interests.

If the Charges are dismissed, is there a Criminal Record?

Yes and No. To understand why, consider what a “record” is in the first place. It’s an event that is captured and stored to be used in the future for some meaningful purpose. If someone desires to pass judgment on someone else for having been arrested or had criminal charges filed against him or her, then the record still exists for them to do so. Dismissals of criminal charges do not make them invisible if someone was motivated enough to find them. What makes the answer to this question more complicated depends on the reason or purpose the record is being asked for. This unfortunately depends on what state the record is filed in and what capacity is the person seeking it has the ability to ask for it. 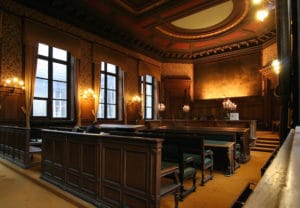 Just like in the context of arrests records, however, the number of private databases that possess the
criminal record of the charges has expanded. This is due to the fact that court records are official historical records. For criminal charges, the Clerk of the Superior or Municipal court maintains official court minutes (or dockets) that capture the entire lifecycle of the criminal case as it exists in the court system. Countless information collectors harvest filings of court databases as part of statewide and nationwide routine. Those records now become duplicated in private databases that are compiled and used for various purposes in the consumer data industry.

Much to the surprise of many people with criminal records, they are shocked to discovery their case or cases have been disclosed during job interviews or housing applications even after their case was dismissed or resolved without conviction. These cases could have ended with diversion like programs that afford the person facing charges to make amends through treatment or restitution. Thus, a complete victory in the courtroom that wholeheartedly avoided a criminal conviction could have the same disastrous effect on someone for the moments that matter the most. This ordeal becomes really complicated for those who have been arrested for a felony, only to be charged with a misdemeanor, and manage to have that misdemeanor dismissed.  Read more about criminal charges appearing on background checks here: Criminal Charges on a Background Check

Similar to criminal charges filed in the courthouse, a criminal conviction is a criminal record that officially documents a guilty plea or finding of fact determined by the court or jury. Most criminal records of conviction will result in some form of probationary period along with a series of fines and terms that the person must abide by for a few short years. If the probationer fails to abide by any of those terms, the court may seek to violate them and impose additional penalties. At each instant, a new criminal record will be documented as “probation violations” and the history will be reflected in the court docket.

What’s important to know in this instance is that most industry and academic circles will agree that a conviction is the most bona fide criminal record there can be within the arena of criminal records. And that all the criminal events leading up to the conviction were mere milestones in the criminal justice system that treated the person innocent until a conviction would prove otherwise. This, however, can be misleading in several ways.

First and foremost, this viewpoint ignores what a “record” is and how many criminal records can be accessed or used in many ways without a conviction occurring. As it was stated above, hundreds of companies can and do make judgments on arrest records alone without having to consider the damage a conviction makes for the applicant. Secondly, some industries have historically searched for only records of conviction to make hiring decisions. Where none were found, the employer would care less. What that fails to take into account is that more businesses can access court records with increasing speeds and relative ease. And while the industry standard was once held at the threshold of convictions, increased pressures from liability insurers, stockholders, and other weary players force screening departments to be “extra sure” that an applicant’s record doesn’t give them reason to be nervous. Finally, the laws that currently protect people from unlawful or unwarranted disclosure of private matters typically speak to matters of conviction rather than arrests or charges. Unfortunately, those very same laws do not prevent the creative and subversive tactics used by large-scale data warehouses that go undetected from regulatory oversight in the buying, selling, and re-selling of personal information.

If a record is expunged or sealed, is there still a criminal record?

Again, yes and no. First, it would help to distinguish between felonies and misdemeanors when speaking about convictions. For felonies, many charges can be lowered to a misdemeanor after probation has expired. For the rest of them, the felony has to stay that way unless a certificate of rehabilitation is granted or a pardon is given. For misdemeanors, most (if not all) charges can be petitioned for expungement. However, every state is the US has a different definition of what an expungement actually is. In some, it means a total sealing of the criminal record. In most, like California, it means that the record of conviction has been reversed, and that the charges have been dismissed.

As far as criminal records go, the individual with that record will be allowed to say they no longer have a “conviction” on their criminal record. Some employment applications now have distinctions where the applicant is told to state all prior convictions whether or not the case has been sealed or expunged. The bottom line, however, is that where there is still a record in the court system that shows charges filed and that a conviction was at one point recorded in the docket, there is still some sort of record that can be mistakenly exposed to another party. Why is that? Because of the reasons stated above. Even arrests and criminal charges can be warehoused in private databases and used to make a decision on someone with a criminal record regardless of their conviction status. While it is not supposed to be that way, some companies find ways of skirting detection while some individuals lose valuable opportunities.  Find out more about expunged cases showing up on background checks by following this link: Expunged Case on a Background Check

To discuss your case in more detail; we invite you to contact our offices: