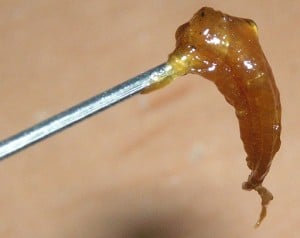 For those with past marijuana-related criminal records, you may be eligible for a special petition to remove your charges from your criminal record by dismissal or reduction to misdemeanor.  For those who wish to participate in the regulated cannabis industry, you are strongly urged to clear your records as much as possible.  Learn More by going here: Remove Marijuana Charge

EDITOR’S NOTE: Since the passage of AB2679, and MAUCRSA, California will have a very different legal landscape with respect to the manufacture of BHO or hash oil.  Therefore, readers should be aware that the current state of the law is that manufacturing remains illegal in California where jurisdictions prohibit this activity and do not afford a regulated licensing structure.  Furthermore, the new law will be strictly administered with several layers of licensing and health code regulations.  So for those who fall short of the requirements, the Health and Safety Code may remain a very real danger far past the legislation.

Other Sites for Hash Oil Licenses and Cannabis Licensing:

With all of the marijuana based products being made recently, one popular product is hash oil.  Sometimes called “honey oil”, or “resin”, marijuana hash oil must be extracted by a chemical process.  These fall under marijuana hash oil laws in California.  The law has since caught up to this process and California’s drug laws punish those to extract the oil very harshly.  Besides punishment, the legal process alone can do serious damage to a person’s life by giving them a criminal record and revealing the trouble they got into whenever a background check is run.

The purpose behind enacting Heath and Safety Code 11379.6 was to punish those who engage in an activity that endangers the public by using volatile or toxic chemicals in the production process.  People v. Bergen (2008) 82 Cal.Rptr.3d 577.

The law that prohibits this process applies to extraction of marijuana resin to produce concentrated cannabis, whether that process is by means of butane, pressure cookers, or other inventive means to make hash oil.  It should be noted that some charged with this offense have experimented with non-butane extraction methods.  The way in which this is done can differ slightly or in a major way.  Nevertheless, the law (as it stands) seeks to punish “extraction”…read more about this below…

What is the Punishment for Extracting Marijuana Hash Oil?

Much more serious than marijuana possession or marijuana sales, the exposure under the California Penal Code is a minimum of three years to a maximum of seven years in state prison.  If the defendant is granted or is eligible for probation however, the exposure can be up to one year in county jail.  Since it is not a qualified offense similar to drug possession crimes, it rarely allows someone to get drug treatment (absent factual circumstances that can change the offense to a simple possession).

How does the State Prove someone was Extracting by Chemical Means?

The charge is made up of two parts.  First, the prosecution must prove that the defendant manufactured, compounded, converted, produced, derived, processed, prepared a controlled substance (marijuana) by using chemical extraction or independent chemical synthesis.

Second, the prosecution must prove that the defendant knew of the substance’s nature or character as a controlled substances.

What if the Extraction was Not Finished?

Under the law of this offense, the officers who arrested you and the prosecution that is charging you only have to show that you knowingly participated in the beginning or intermediate steps to process or make the substance.  In other words, there need not be a final product laying around when a search or arrest comes your way.

What if the Place Where the Dabs are Made is Not Mine? 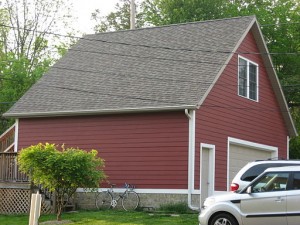 This happens more often than most would believe. The typical scenario goes something like this: A friend isn’t doing anything with an office, home, or garage. In some way, he lets you use his spare space to do what you want with it. By the time law enforcement gets involved, one of three things happen:

This is a crucial consequence of the dabs industry because few expect to be pulled into the justice system for such a minor role. Unfortunately it happens. The reason for this is because District Attorney’s have the option to charge the owner either as an aider and abettor under the manufacturing statute or as a principal under “Providing a Place for Manufacture”. Health & Safety Code 11366.5. The requirements or burdens of proof necessary to convict someone of each differ in some respects. On top of that, there are certain strategies in dealing with either or both charges. A detailed examination of the case is required however and it always depends on the circumstances.

Regulating Marijuana Hash Oil Laws in California and Beyond

Some are surprised to see that even in states where marijuana is the most supported are starting to see marijuana hash oil laws becoming more restrictive due to the growing fire hazards by novice manufacturers. States like Colorado are instituting strict guidelines to production level establishments requiring serious oversight by health departments and local agencies.

What to do if Charged with Manufacturing Hash Oil or Marijuana Honey Oil?

It should not come as a surprise that you’re going to need the help of an experienced drug crimes lawyer. Marijuana is one of the fastest evolving drug charges due to the quickly changing laws and the public sentiment towards the substance.  But for now, manufacturing hash oil is considered dangerous and illegal, and experience legal counsel is necessary to make sure you get the best possible result.