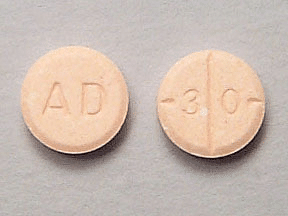 Our daily-lives can be overwhelming. Many of us have moved from caffeine to amphetamine. The only problem is that is it habit-forming and highly regulated. Like its predecessor, Ritalin, adults and students alike find dependency on Adderall to help them focus and avoid exhaustion. But getting arrested for having it can cost a person’s entire future: employment, graduate school, professional license, etc.

Below is some detailed information about the law that regulates Adderall and how it can affect us if we’re not careful.

How Having Adderall (amphetamine) Can Be Illegal

Under the DEA’s list of regulated substances, Adderall (amphetamine) is listed as a Schedule II narcotic—making it a controlled substance without a prescription.

Similarly, the counterpart to the federal guideline is put into California’s Health and Safety Code that makes possession of Adderall (amphetamine) a misdemeanor if either possessed without a prescription or utilized outside of it’s intended use.

The classification under Schedule II means that Adderall (amphetamine) has been determined to have a high potential for abuse and the potential to lead to severe psychological and physical dependence on the substance.

It should be noted, however, that even though it is used as a “study drug” when given to you by a trusted friend or family member, illegal possession of it will still result in arrest and/or prosecution.

Many were shocked that Adderall (amphetamine) possession used to carry a maximum punishment of up to three years in prison for those with criminal histories when it used to be charged as a felony.  After the passing of Proposition 47, Possessing it is a misdemeanor and could carry a maximum penalty of up to one year in jail.

Keep in mind that beyond that physical punishment that can come with an arrest or conviction of this offense, a person’s record is most often the one thing some is most concerned about.

For many, the option of enrolling and completing a designated drug treatment course will satisfy the court that hears the case. The way in which one qualifies can differ for many people however. Depending on the circumstances of the arrest, how the case was investigated, a person’s past criminal history, and several other factors, some individuals may or may not qualify for the program.

It is best to consult with a defense lawyer with knowledge of the laws that govern Adderall (amphetamine) as well as the programs that people can take to avoid jail.

Common Ways of Getting Arrested for Adderall (amphetamine)

Not only is Adderall (amphetamine) habit-forming, it can be misused by those who want to use it for it’s energizing abilities. Because of this, Adderall (amphetamine) has been known to be combined with other drugs that magnify the “high” or inducement of the user. Therefore, driving vehicles in an impaired manner will often catch the attention of law enforcement on DUI patrol.  Even being pulled over for a reckless driving offense could spark the beginning of an illegal adderall possession case.

Furthermore, for those who do not know their tolerance level or are not entirely themselves when the take the prescription, their behavior can trigger all sorts of violent or misunderstood encounters. What that means is that eventually police will get involved in the situation and will make determinations that someone has misused a controlled substances.

What to Do After Arrest for Adderall (amphetamine)

It is most highly suggested to contact a knowledgeable drug crimes attorney with experience with prescription medication charges. This multifaceted area of law changes swiftly and can confuse anyone that does not keep an eye on the developing practices that exist in regulating this medication.

Contact Us – Schedule an Appointment – Have Your Case Evaluated