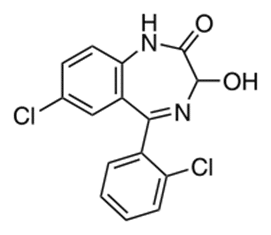 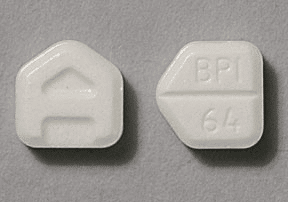 Intended to help alleviate anxiety disorders as well as the symptoms of anxiety, Ativan (lorazepam) can be abused by those who do not appreciate the seriousness of it’s effects or it’s status within the law.

Without a prescription, Ativan (lorazepam) is illegal. And even with a valid prescription from a doctor, Ativan can be considered illegally possessed if used for something other than its intended purpose.

How Having Ativan (lorazepam) Can be Illegal

Since its first lauch in 1971, Ativan (lorazepam) proved itself in being a drug with the potential for being abused as well as create dependency on the drug by some individuals. Based on these findings, the DEA classified Ativan (lorazepam) as a Schedule IV controlled substance. The law in California mirrors this same prohibition and make it illegal to possess unless you have a valid prescription to take it.

As a felony, the maximum possible punishment for possessing Ativan used to be up to one year in county jail or up to three years in state prison for non-probation-eligible offenders with criminal histories.  After the passing of Proposition 47 however, it is now a misdemeanor and punishable up to one year in jail.

Fortunately, for those with little to no criminal background, the possibility of avoiding jail entirely can be a realistic option.

Before jumping to conclusions, it’s best to consult an attorney who is familiar with the laws related to Ativan (lorazepam) possession. But depending on the facts of the case as well as the way the case was investigated, a local drug treatment program can be the best option for someone who was arrested for having Ativan when they weren’t supposed to.

How one is qualified for such a program can get tricky when facts and other charges mix up the case, so it’s best to have a lawyer look over the case and give some feedback.

Common Ways of Getting Arrested for Ativan (lorazepam)

Driving while possessing Ativan and being pulled over can open up an investigation when one least expects it. This can be the case when the driver is suspected of DUI or even being under the influence of a prescribed narcotic. Therefore, the police may acquire probable cause to search the car and finding the medication that leads to arrest.

Another scenario that finds itself in common standing with other drugs is the welfare check by police when a call is placed to the department due to a heated argument of concerned neighbor. In searching the home or persons inside the home, the investigation can once again reveal possessing of a controlled substances such as Ativan (lorazepam).

What to Do After Arrest for Ativan (lorazepam)

Contacting and getting help from an experienced lawyer in drug charges is a great way to start an already stressful experience. Doing so will reveal the potential defenses you may have, a strategy to find a swift and strategic solution to the case, and give a good peace of mind to you and your family in fearing the worst. Contact us to schedule an appointment with an attorney to have your case evaluated for free.