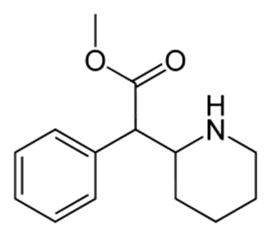 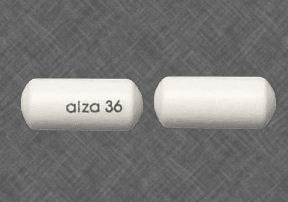 Similar to Ritalin, this drug is most commonly prescribed to treat ADHD. This medication can also be habit-forming and cause a great deal of trouble for those who are not aware of how serious being arrested for it can be.

HOW HAVING CONCERTA (METHYLPHENIDATE) CAN BE ILLEGAL

Since Concerta is a listed as a Schedule II drug under the federal DEA classification system, it means that it carries a high potential for abuse and that it can lead to severe physical and psychological dependence.

California follows the federal guidelines and makes it a misdemeanor to possess Concerta (methylphenidate) without a prescription.

Therefore, having Concerta (methylphenidate) without a prescription or using it outside of its intended use will mean you possessed a controlled substance under the drug laws of California and the United States.

As with other felony drug charges, possessing Concerta (methylphenidate) used to expose you to up to one year in county jail or up to three years in state prison if you are ineligible for probation due to an extensive criminal history. After the passing of Proposition 47, however, punishment is now up to one year in jail and no longer a felony.

For a first-time offender that has no criminal history and the facts of the case fall into several categories of arrest, you may be eligible to enroll and complete a drug treatment program instead of having to do jail time or be on formal probation (which can be costly and embarrassing).

The best way to find out whether you can qualify for such a program would be to have an experienced drug defense lawyer evaluate your case as well as to make sure you do become eligible for such relief.

COMMON WAYS OF GETTING ARRESTED FOR CONCERTA (METHYLPHENIDATE)

Much like other small pills, Concerta (methylphenidate) can be hidden anywhere. However, the circumstances of someone being under the influence of this medication or the way they are searched by law enforcement can unfold into a full-blown drug investigation.

One way some clients attract attention of the police is by misusing the prescription medication so as to become impaired while driving. Thus, what began as a DUI investigation some becomes a full car search for controlled substances based on the objective symptoms of the driver and their behavior.

Another scenario involves a home quarrel or heated argument that causes the neighbors to call the police. A simple welfare check of the occupants to make sure nobody is hurt and peace is restored can uncover illegally possessed prescription pills.

WHAT TO DO AFTER ARREST FOR CONCERTA (METHYLPHENIDATE)

Get hold of a lawyer that is familiar with prescription pill medication cases because there are many pitfalls in drug crimes. Every stage of the criminal justice procedure has its safeguards and rights that go along with it. Critical stages can expose people not only to jail time but also show opportunity where those unfamiliar with the process would notice. Therefore it is highly suggested to consult with someone that has gone through this before to point you in the right direction and guide you through this difficult time. Contact us to schedule an appointment with an attorney to have your case evaluated for free.