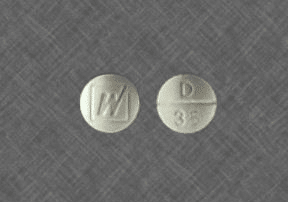 As early as the 1930’s, meperidine produces effects that mimic that of morphine but for shorter periods of time. More commonly known as Demerol, it remains illegal to have unless prescribed.

How Having or Using Demerol (Meperidine) Can be Illegal

Classified as a Schedule II narcotic, Demerol (Meperidine) can only be possessed if a valid prescription exists. The reason for this is because the effects of Demerol (Meperidine) give it a high potential for abuse and can cause severe psychological and physiological dependency on the drug.

Under California’s Health and Safety Code, it is therefore also considered a controlled substance.

It used to be that if one was charged or arrested for having Demerol (Meperidine), you can be facing the maximum exposure of most drug felonies: which is up to three years in prison or up to one year in local jail. That does not mean that is what will happen in the case. There are many alternatives.  Now that Proposition 47 has passed in California, the maximum penalty is up to one year in jail as a misdemeanor.

There are qualified treatment centers created as diversionary programs so that people can avoid having to serve their sentence in a jail or prison. How the person qualifies or is accepted into such a center can sometimes be a complicated manner. The best way of finding out if this is a valid option is to evaluate the case with an experienced drug lawyer that is familiar with drug charges and the court programs available.

Common Ways of Getting Arrested for Demerol (Meperidine)

Must like other prescription pills, getting arrested for possessing Demerol (Meperidine) could happen when under the influence of the drug itself. Interactions with family and friends, and eventually police will initiate an investigation. Sometimes people will drive under the influence of the drug they taken and this will start a DUI investigation. Other scenarios include violent confrontations with store clerks or random individuals one comes into contact with.

What to Do After Arrest for Demerol (Meperidine)

An experienced drug lawyer that can evaluate possible defenses, Constitutional Rights, arrest or investigation procedures of the case, will be able to provide the best feedback according the facts and circumstances you are facing. Contact us to schedule an appointment with an attorney to have your case evaluated for free.