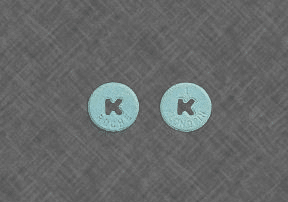 Using and misusing Klonopin can cause powerful sedative effects. The “high” is similar to that of alcohol, but can affect some people with talkativeness and relaxation. Even though the drug is administered for management of seizures (both absence seizures and myoclonic seizures).

But having Klonopin (clonazepam) without a prescription or misusing the medication outside of its intended use can cause you to be arrested and face serious criminal charges.

How Having Klonopin (clonazepam) Can be Illegal

According to California’s prescription drug laws, the Health and Safety Code also categorizes Klonopin as being an illegal controlled substance as a misdemeanor and is specifically listed as a regulated narcotic.

Possessing Klonopin (clonazepam) without a valid prescription now makes the offense a misdemeanor since the passing of Proposition 47; the full exposure of punishment is up to a year in county jail.

However, in many circumstances where someone is a first-time offender along with several other factors, drug treatment can be an option rather than full-scale punishment.

There are many county treatment centers that are supervised by the court that hears the drug possession case where someone can enroll and complete the required class. Doing so will help preserve one’s criminal record, avoid serving jail time, and prevent unnecessary probation fines that can be unfairly expensive.

To determine whether you or someone qualifies for such relief, it’s best to talk to an experienced drug attorney that is familiar with the laws that involve Klonopin (clonazepam) as well as the treatment centers designated for such cases.

Common Ways of Getting Arrested for Klonopin (clonazepam)

The powerful effects of Klonopin can sometimes make it easy for law enforcement to find you. The reason for that is because the behavior that induces the individual when they are under the influence will make some people call the police out of fear.

Some people also find themselves in trouble with a police investigation when they combine the Klonopin with other substances or alcohol and make the mistake of driving while under the influence.

Finally, a heated and emotionally charged encounter at home with family or loved ones can rise to the level of having the police appear to make sure the peace is kept. In doing their job, they can discover prescription pills that do not belong to someone or find out that the medication is being abused.

What to do After Arrest for Klonopin (clonazepam)

It is best to talk a drug crimes lawyer that is familiar with drug laws involving Klonopin (clonazepam) and the way in which the local court system will treat such an offense. Contact us to schedule an appointment with an attorney to have your case evaluated for free.