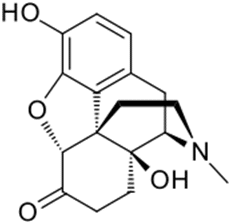 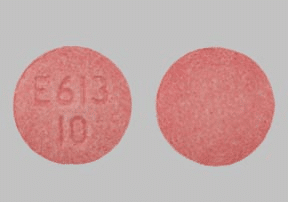 A very strong prescription medication, you or someone you know can be arrested for having Opana (Oxymorphone) under the drug laws of California. Illegally possessing Opana (Oxymorphone) means that there was either no valid prescription for having or it was being used in a way that it was not intended to. There can be other reasons as well, but these are the most common.

The pain relief as well as its euphoria is said to eclipse that of OxyContin and some would even argue rivals heroin.

How Having or Using Opana (Oxymorphone) Can Be Illegal

The prescription drug launched in 2006 for purposes of providing pain relief to moderate and severe levels in patients. This has been prescribed for patients that require continuous treatment for extended periods. Because of its strength, as well as its high potential for abuse and addition, the DEA classifies this prescription pill as a Schedule II drug. Therefore, possessing it without valid prescription is a misdemeanor under the Health and Safety code in California.

Since Opana (Oxymorphone) possession is a misdemeanor under the California Health and Safety Code, punishment can be to one year in county jail (after the passing of Proposition 47).

There are alternatives however. Depending on the facts of the case, the persons past criminal history, as well as the strategy implemented by your defense lawyer, the person facing charges for having Opana (Oxymorphone) can qualify for treatment. Absent a full dismissal, this is the best possible scenario that can preserve one’s future and avoid the harsh realities of facing criminal charges.

Having your case evaluated by an experienced prescription pill defense lawyer is critical in making sure you make the best decision.

Common Ways of Getting Arrested for Opana (Oxymorphone)

The incredibly powerful high that Opana (Oxymorphone) can cause is said to put some users into another place. Therefore, any number of unfortunate contacts with family members, friends, coworkers, and eventually police; will open the door to being investigate for being under the influence of a controlled substance. This scenario can play out while driving, at a cocktail party, or while engaging in an argument when police are called to someone’s home. Picture the countless scenarios in which police can either search your car or home, and just as many opportunities can arise where illegal possession of Opana (Oxymorphone) can also be discovered.

What to do After Arrest for Opana (Oxymorphone)

It is no surprise that having an experienced drug defense lawyer handling a case for illegal possession of a prescribed drug is suggested. The complexities of the legal system, drug possession laws, and accepted police investigation tactics are too overwhelming for those who do not deal with such issues daily. Contact us to schedule an appointment with an attorney to have your case evaluated for free.