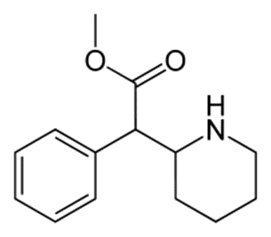 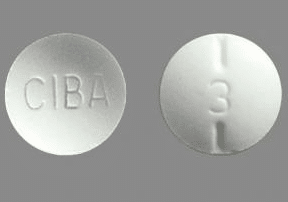 Somewhat misunderstood by the general public that has not ever had contact with someone who uses Ritalin, the medication is most often prescribed for those with ADHD and narcolepsy. It acts as a central nervous system stimulant and increases levels of dopamine (a hormone that heightens attention). Extremely habit-forming, Ritalin has been abused as a medication in all walks of life.

HOW HAVING RITALIN (METHYLPHENIDATE) CAN BE ILLEGAL

Amazingly, Ritalin has been around since 1948. It has also undergone some evolutions and spin-off drugs have followed. But according to the DEA, Ritalin (methylphenidate) is a Schedule II narcotic and therefore a controlled substance. California Health and Safety Code also classifies Ritalin (methylphenidate) as a controlled substance and makes it illegal to possess unless that person hold a valid prescription to have it.

It’s hard to believe that a medication prescribed to so many children is a misdemeanor. Being that as it may, the maximum punishment for having it is up to one year in county jail. Prior to the passing of Proposition 47, however, it used to be charged as a felony.

Depending on multiple circumstances (facts of the case, a person’s past criminal history, the way in which the arrest happened), many people arrested and or charged with Ritalin (methylphenidate) possession can be eligible for a drug treatment program rather than be punished by incarceration. The difference in being eligible for such a program or having to spend time in jail can be small. To know your options, it’s best to contact an experienced drug crimes lawyer that is familiar with prescription drug crimes to navigate the pitfalls and make sure no bad decisions are made.

COMMON WAYS OF GETTING ARRESTED FOR RITALIN (METHYLPHENIDATE)

Due to how common the prescriptions for Ritalin (methylphenidate) are, there are countless ways in which someone can get arrested. Students find themselves in trouble when they are discovered selling their prescriptions pills to their friends or other students. When their parents find the medication in one way or another, they are often forced to tell their parents where they got the pills from. For adults, a more common investigative tool happens in the form of suspected DUI car stop. The reason for this has to do with mixing the medication with others or with alcohol that usually magnifies the effects.

WHAT TO DO AFTER ARREST FOR RITALIN (METHYLPHENIDATE)

Calling and scheduling an appointment with a knowledgeable lawyer in the field will settle a lot of stress early on. Knowing what your options are can help set aside the right amount of time and resources to mounting a great defense and ensuring that this mishap does not spin out of control. Contact us to schedule an appointment with an attorney to have your case evaluated for free.