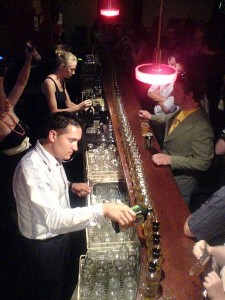 Driving Under the Influence (DUI)

Let’s begin by saying that a DUI charge is not “drunk driving”.  To be arrested for a DUI, you only need to be driving with alcohol or drugs in your blood where it impairs your driving.  Despite how simple that statement may sound, the discussion becomes very complex from that point on, for instance if drugs were involved or if both alcohol and drugs were involved.  At the end of the day, nobody wants a DUI on their criminal record due to the stigma that comes criminal convictions.

What is a DUI Lawyer?

A DUI lawyer will also know where to spend their time and where they shouldn’t.  Due to the high degree of scientific evidence involved in DUI cases, lawyer who are not familiar with defending people for this offense could waste valuable and time-consuming efforts in getting evidence that simply will not help the client obtain a good result.  Once the right evidence is obtained, the attorney needs to know what to do with it and what (if any) value it has.

You may ask, however, what kind of evidence is a DUI lawyer going to get for me?  Which is a fair question.  Consider the difference between whether you provided a chemical test to the police.  It was either a breath test sample or a blood test sample.  Each of those carry with it a list of evidentiary items a DUI lawyer needs to evaluate if the case was handled properly.  If a breathalyzer was used, calibration logs and error notes will be needed (at a minimum) to determine if the device was functioning as it should have been.  If a blood draw occurred, the remaining sample can be reanalyzed and retested.

That depends on each case.  The most important question is whether you were actually driving at the time you are accused of operating a motor vehicle.  If this is not an issue, then your BAC has to be determined accurately and your level of inebriation must be evaluated correctly.

This involves a firm grasp on (a) the science behind DUI investigations, (b) the approved and disapproved regulations in DUI analysis, as well as (c) the accepted laws that govern how you should be prosecuted.  Most people don’t know how much alcohol affects them to the point their driving will be impaired, which is why the laws that affect DUI’s are constantly under attack by lawyers and scientists alike.

The moment alcohol is consume into the human body, time becomes a critical issue among other things.  How alcohol is metabolized in your particular body then is central to the question of impairment and whether or not you were truly in violation of the Vehicle Code.  This is the job of your DUI lawyer to investigate.

Does it help to hire a DUI Lawyer for my case?

Absolutely.  We all go to car mechanics to fix our automobiles because we don’t have the time or the interest in learning the intricacies underneath our hoods.  No matter how many do-it-yourself guides you pick up, nothing ever replaces the knowledge and experience of someone who has solved the same problems on a daily basis for years.  Especially when you have to consider how a criminal record affects your personal and professional life.

What is the punishment for a DUI conviction?

Vehicle Code 23152(a): carries a maximum punishment of a minimum of 2 days in jail all the way up to 6 months in jail (VC 23536(a), VC 23538(a)(1)).  The DMV will separately punish the driver by suspending their license, or limit their driving privileges.  As with most courts, a person placed under informal probation will also be required to enroll and complete an alcohol related educational program in order to have their driving privileges fully restored. (If you’ve been charged with driving on a suspended license, let us know!)

Vehicle Code 23103.5 (Reckless Driving): Often referred to as a “wet reckless”, this Vehicle Code section is an alternative plea to a traditional DUI charge.  It does not carry a minimum jail punishment and often requires less stringent classes and fines when compared to a 23152 charge.  One can expunge a wet-reckless quicker than a traditional DUI due to the shorter probationary period imposed by some courts, but will be treated just like a DUI for any future offenses within a 10-year period.

Vehicle Code 23103 (Reckless Driving): Referred to as a “dry reckless”, and carries the exposure of up to 90 days in jail.

What Should You Do After an Arrest for a DUI?

FIRST: Meet with a lawyer to discuss your case.  Talk about your options and defenses.

SECOND: Have your attorney schedule your DMV hearing within 10 days of your arrest.

THIRD: Have your attorney appear in court to defend you for your case.

Sounds straightforward enough?  Well something that unfortunately happens is that many clients plunge face first into as much DUI Internet research as possible.  They learn about alternative charges, possible defenses, and all sorts of claims out there by many people on what’s possible.  The end result is often confusion.  So to make it easier, start with the first piece of advice and simply talk to someone who handles DUI cases.

Contact us to schedule an appointment.  We’ll be more than happy to meet in person to go into more detail.

How Impaired Do You Have to Be under DUI Law?

You will get many answers to this question.  But the most solid and unwavering that a DUI Lawyer will give you is that one must be impaired to drive to an “appreciable degree”.  This is the most accurate statement of DUI law under People v. Schoonover (1970) 5 Cal.App.3d 101 as well as under People v. Weathington (1991) 231 Cal.App.3d 69.  In California, a jury must make the determination whether or not the driver was impaired when he or she was driving and that is usually followed under the guidelines of the state jury instructions that govern DUI law.

June 1, 2015: Orange County Sheriff’s Deputies tested an undercover sting to follow recently convicted DUI defendants to catch those with suspended licenses driving away from the Harbor Justice Center courthouse in Newport Beach, CA. The deputies executed their operation by dressing incognito and following defendant’s to their cars as a way to see if they were driving to and from court.  It would be interesting to see what would have occurred if any of them had their DUI lawyer next to them as the sting unfolded.

July 5, 2016: Arrested for DUI on the 4th of July. The overarching symbolism between a DUI arrest on Independence Day can be overwhelming.  Here are a few observations made between the Constitution and an intoxicating patriotism.  City of Newport Beach bumps up police patrol to 200 for alcohol-related violations and DUI detection.