Driving Under the Influence of Drugs

For information about DUI’s where someone is charged for BOTH drugs and alcohol in their system, follow this link: DUI with Drugs and Alcohol.

Keep in mind, that the following only scratches the surface of drug-related DUI’s and is only meant to give you a peek into how certain drugs can cause impairment. For a more detailed analysis with your case, contact us.

What kind of drug were you under the influence of when driving?

To make this as accurate as possible, it must be stressed that different drugs have very different effects on a person’s driving ability. Some drugs may actually make you a better driver. Other substances can affect the central nervous system to such a degree that the average person can no longer exercise ordinary care when driving.

Here are some examples of controlled substances that have be shown to cause a drug-related DUI conviction (or) where the combination of alcohol and the drug impair the driver:

Similar to prescription medication, a driver who can legally use cannabis may still be impaired if the dosage is too large or affects them in a way where they can no longer operate a vehicle safely. When combined with alcohol, the effects of marijuana are usually magnified. 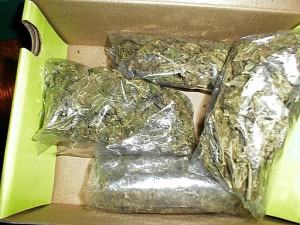 The amount of THC (the active psychoactive ingredient) in the driver’s blood can give a peek into what level presumes impairment. However, the National Highway Traffic Safety Administration (NHTSA) cannot give a bona fide benchmark for how much THC concentration can predict impairment levels on its own. For Delta-9 Carboxy THC, a range of 10 to 100 ng/ml can show up in blood results. For Delta-9 THC, the range will be more closer to 50 to 270 ng/ml after 10 minutes of smoking marijuana.

Some District Attorney offices schedule a range on drivers depending on the frequency of arrests they see and the general impairment levels that officers witness in drivers when it becomes known that marijuana has been ingested in some form. Traffic and law enforcement studies suggest that driving impairment can be observed up to three hours of marijuana use. This becomes much harder when comparing frequent smokers to casual ones—a valid defense depending on your own circumstances.

Experience in this field is a must. So it’s best not to take this kind of arrest lightly.

Since so many prescription medications can cause drowsy or numbing effects on the driver, combining ones prescription with alcohol or taking it by itself at the wrong time can cause significant impairment.

One very important fact must be mentioned with respect to prescription medication. Often, individuals may take their medication as prescribed but may have no idea what the combined effect would be with alcohol. Far after the effects have set in, the driver may not even feel the impairment of the combination because of how it “creeps up” on them. The allows for this kind of scenario and the courts forgive someone who has done all they can to avoid driving impaired. The defense parallels with what is called “involuntary intoxication” and should be explored if you are facing this kind of challenge. 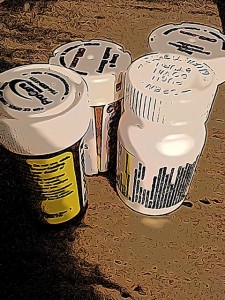 Below are some Common Prescription Medications involved in DUI’s:

A long list of prescription drug medication can be added here, but these three above seem to be very common in a drug-related DUI case. For more examples or to schedule a consultation, call our office.

For those who may use methamphetamine (“Meth”) recreationally (rather than via Amphetamine prescription), studies have shown impairment through distracted or erratic driving, especially if someone is suffering from withdrawal. The dosages or nanogram levels in a person’s blood will vary depending on how frequent they use the drug.

At a smaller dose, methamphetamine has actually been shown to improve driving ability. For more information on the history of methamphetamine use, you may want to explore how pilots would ingest Meth during WWII to aid them with concentration and alertness.

It’s also common that a person who has been arrested for driving under the influence of methamphetamine may also be arrested for possessing methamphetamine. Therefore, both charges must be evaluated independently to see what the best option is for the client.

It is not uncommon for someone who experiments or abuses cocaine to also have alcohol in their system when driving impaired. The social aspect of cocaine ordinarily has its place where alcohol and/or drug consumption is prevalent. Therefore, knowledge of both and how they effect a person’s body is a must. Interestingly, the combined effect of cocaine and alcohol has been shown at times to neutralize the impairment of alcohol.

Tolerance levels and dependence on cocaine play a big part in whether impairment can be established in a drug-related DUI. Blood test results will range from 0.2 to .04 mg/L for users who take repeated dosages. But abuse ranges can be as little as 0 to 1 mg/L.

Slow driving, weaving, and poor vehicle control have often been cited as symptoms of someone under the influence of heroin. But studies have also shown that heroin as a very fast half-life and burns rapidly into the body. That means the detection of heroin in the blood is not as simple as determining whether or not a person is impaired by it when driving.

Some medications have opiate structures and are thus screen by drug labs for detection. This means that heroin can be detected in the blood stream in a similar way that prescription pills are screen. The important part is to have a quantitative analysis done by an independent forensic toxicologist to get a better handle on what traces of heroin have been found in the driver’s blood before determining the level of impairment.

DUI Drugs on Your Criminal Record

Most people are worried that an arrest for a DUI or a DUI for drugs will have a negative effect on their record. Arrests and convictions can carry consequences well beyond just the courtroom.  Most employers can obtain information on you through specialized companies that are training to get court records and other information banks.  You may read more about these topics here:

If You Are Charged with Driving Under the Influence of Drugs

Make no mistake about it that the best course of action is to hire an experienced drug and DUI attorney that can assess and investigate your case. This way you will be able to have the best options placed before you so that you can put this experience behind you sooner.