DUI on the 4th of July 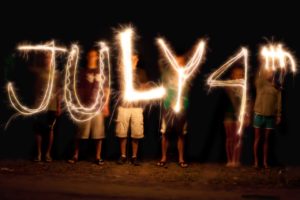 A lot of images come to mind with our Day of Independence.  To name one of them: Drinking in celebration of our Freedom.  While most Americans can do this with moderation, others make the mistake in timing their decision to drive.  There isn’t anything inherently evil about this.  Humans have celebrated with alcohol since the dawn of time.  But the trouble these days is that few are aware of what the legal limit is with respect to driving under the influence (“DUI”).  More specifically, few have the internal awareness of what their level of impairment is.  But because there tends to be a large number of DUI arrests and alcohol-related collisions during this time, it may help to draw the parallels of this honorable holiday celebration and the constitutional themes with getting arrested for DUI on the 4th of July.

On a very local level, here in Newport Beach, the city stepped up their efforts in patrolling for 4th of July violations with close to 200 police officers.  These efforts have been on the rise for half a decade.  And the arrests that were made in the past included drunk-in-public violations, open containers, and DUI among others.

And in Huntington Beach, almost 65% of the arrests that were made last year were alcohol related (including DUI’s).  In so many words, many could potentially come face-to-face with the American justice system on day we celebrate being Americans.

Our Freedom of Movement: (Detention)

Yes, American highways are long and vast.  Individual mobility is a right we treasure greatly.  With a DUI on the 4th of July, freedom of movement sort of takes on a new meaning.

Highway officers have the right to detain people when they hold a suspicion of behavior worth investigating.  In context of a DUI, that suspicious behavior often comes in the form of your driving.  Lane straddling (aka: Weaving) is often cited as the reason for many people getting pulled over before they are eventually arrested.  Therefore, when someone is pulled over for their driving, the issue of freedom takes center stage.

A question I am asked very often is: “Can I just choose not to speak to the officer and drive off?”  With the exception of about half-a-dozen scenarios–the short answer is No.  So what about Freedom?  Isn’t talking to a DUI officer a voluntary act of submission that is up to you and you only?  Can’t I just say “I don’t want to talk to you” and be on my way? Also, no.  Motor officers and DUI patrol have the statutory police authority to observe what you do and detain you for further investigation.  What happens during that encounter is what a DUI lawyer investigates to determine if any corners were cut and if the detention was questionable.  For a DUI on the 4th of July, it’s the ultimate clash between our sense of freedom and the power of local authority to dictate our personal space.  This battle is waged every single day on the highways and every single day in our courts.  And if you wonder about the things that DUI cops won’t tell you when you encounter them on the road, go here. 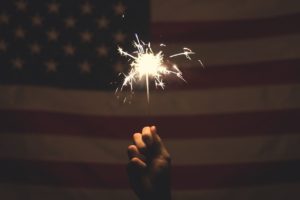 The next step past the detention phase of a DUI on the 4th of July is the search and seizure of the driver.  This can take countless forms: being asked to step out of the vehicle, sitting on the curb, having the car searched for weapons, drugs, or alcohol, and ultimately being taken to jail.  In the legal world, this is the topic of probable cause and all of the police practices that come with it.

Again, some may find it ironic to be arrested on a day that we celebrate freedom, especially our most valued form it; to be left alone.  But no make no mistake about it–the intricate details of when, how, and for what reason you were either told to do something or asked a question becomes part of that dialogue related to your Fourth Amendment Right against unlawful search and seizure.

The greatest amount of confusion and discourse revolves around the field sobriety tests and the chemical tests.  For a DUI on the 4th of July, the discussion runs deeper than usual.

Should you take them?  Are they accurate?  What does it mean to “pass” the tests?  Will I still have to take the breathalyzer afterward?  How many times to I have to take the breathalyzer?  Should I take the blood test instead?  What if I don’t answer which one I will take?  Can they make me take it if I don’t want to?  All these questions are beyond the scope of this article.  But each of these issues have to do with whether or not there is legal authority to make you do it in the first place.  Again, a discussion to have with your DUI lawyer.

As an American and as a lawyer, I am confident that our discussion of freedom will always be evolving because like our government and Constitution–they evolve.  This fluid concept does not sit well with some people because so many of us want to hold onto some basic concept as ironclad and unshakable.  Luckily, the core of these concepts actually are strong and impervious because privacy and our right to movement are carved into our Bill of Rights as permanent tenants.  The details however are constantly shifting and this is where legal police practices move from one direction to the other.

If you happen to have been arrested for a DUI on the 4th of July, these Constitutional issues were present during your arrest whether or not you were aware of them.  Because the remnants of our nation’s birth continue to pulsate through the fabric of our lives daily–and will do so for a very long time.