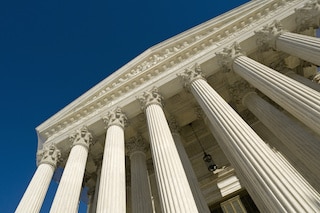 If you are seeking a new job, career, license, or other position involving a background check, or you simply want to protect your reputation and legacy now and in the future, there are steps you can take to expunge a criminal record in California. Not all crimes can be expunged, and expungement can be a multi-step process, but the rewards of expungement often make it worth it. Here are the basic steps on how to expunge a criminal record in California.

Collect All of Your Criminal Records

For most people seeking an expungement in California, the goal is to expunge as many criminal convictions in the past as possible. In many cases, even having one misdemeanor or felony on your record can stand between you from your goals, for example obtaining a state license or being hired for a job. Thus, you should attempt to expunge all of your records at the same time as the process will be similar for each one. For those with a long record, especially those who have struggled with drug abuse in the past, tracking down all these past criminal convictions can be challenging and may require you to contact all California courts where your convictions were handed down or requesting your records from the California Department of Justice. An expungement lawyer can work with you to collect all of your past California crimes in order to fully clear your record. You must collect the following information for all convictions:

Make Sure You Are Eligible For Expungement

If you were convicted of a misdemeanor (or multiple misdemeanors), those convictions are most likely eligible for expungement. Likewise, many felonies are eligible for expungement, so long as you did not serve time in state prison (if you served in county prison, those crimes are still eligible) and the crimes did not fall under several categories of crimes that cannot be expunged, including certain sex crimes involving minors.

Petition the Court for Expungement

The court in which you were convicted will be the authority that grants your expungement, and so you will need to file various petitions with that court, depending on the circumstances of your conviction and probation. If you were convicted of a misdemeanor and have served your sentence and fulfilled all terms of probation, the court should grant your petition for dismissal.

If you have been convicted of a felony, then expungement will be a multi-step process. You will first have to file a petition asking the court to reduce your felony to a misdemeanor. This may require going before the judge to answer any questions about your situation and make your case for reduction. If the reduction is granted, you would then petition the court to have that misdemeanor expunged. If you have not fulfilled the terms of probation, you can also request the court grant you early release from your probation.

Clear Public Records of Your Past Criminal Convictions

Although expungement will make it as though you were never convicted of the crime in the eyes of the law, and you will not have to answer for past crimes in interviews and on job applications, your conviction may still be on publicly available databases that maintain criminal records. Thus, employers and other interested parties may still find information regarding your past crimes. An experienced criminal defense attorney, however, can take action to clear these third-party criminal records as well.