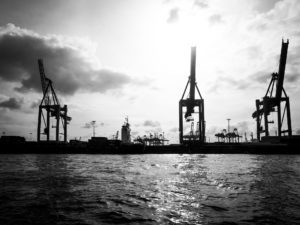 Investigating shipping activity for import crimes should never be taken lightly.  Even administrative errors can be misinterpreted by the US Customs Border Protection (CBP) and result in a full-scale criminal investigation.  There are usually red flags that capture the agencies attention, but compliance failures could worsen an already suspicious activity [such as substandard record-keeping].  Below is some information shippers and trade actors must be aware of to lessen their risk in violating custom’s import crimes.  For those already involved in an investigation or who have given a prepenalty notice by a Customs field officer, you may want to contact us immediately.

Many traditional fraudulent transactions can be faced with penalties and forfeitures of goods (fraud carrying the highest rant of total duty loss).  However, investigations can quickly escalate into criminal prosecution upon a finding that statutory violations were intentional and sought to evade duties, filings, and blatant piracy. 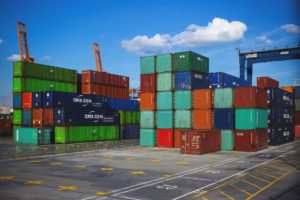 It should be noted that regardless of the type of copyright infringement, counterfeit good, or simulating mark seized by Customs, the decision to initiation criminal proceedings rests with the Department of Justice through the United States Attorney within the jurisdiction where the violation occurred.

One of the more known activities that may lead to import crime prosecution is attempting to bring piratical copies of registered copyright material into the US.

Seizure and forfeiture are among the most common remedies to counterfeit mark goods.  A counterfeit mark is something that is identical or substantially indistinguishable from a registered or recorded trademark.  Depending on the person involved with the import violation, assistance in bringing the goods into the US can also bring about their own penalties.

While lower in seriousness when compared to counterfeits, simulating marks may still be seized by CBP if the mark or trade name so resembles a recorded mark that it is likely to cause the public to associate the simulating mark with that of the registered one.  Customs may deny entry and detain the good for 30 days and initiate actions and institute forfeiture proceedings.

For goods are detained by Customs, importers are subject to strict compliance procedures when asked for additional information.  This part of the examination can happen quickly and many inexperienced importers can lose precious time when not assisted.  If the importer does not provide the information timely, seizure proceedings and additional investigations may follow; adding costs, forfeiture, fines, and possibly prosecution.

Entry of Goods by False Classification

US law carries broad statutory provisions for knowingly falsifying the classification or value of goods.  Punishment can be severe and expose importers or those who assisted the import crime by heavy fines and up to two years in prison.

Entry of Goods by False Statements

Fraudulently providing an invoice, letter, declaration, or any other article during the course of Customs compliance also exposes importers to serious fines and up to two years in prison.  Often such import crimes are made in conjunction with classification violations.

A lesser known doorway into criminal prosecution cases is when calculating a proposed penalty; where aggravating factors can suddenly elevate the investigation into more wrongdoing.  That which would have stayed as transactional non-compliance escalates to federal crimes for conduct such as:

Obstructing an investigation or audit;

Profiding misleading information regarding the violation;

Failing to comply with demands for production (records) by Customs;

For anyone who has been issued a summons or request for information from Customs regarding a shipment, express package, mail, cargo, or air freight, it may be best to have legal counsel ready to proceed.  Each and every case is unique in circumstances and requires caution.